Well our wet season seems to have gone off track once more.  After reporting lovely decent falls of rain in my last journal, two weeks ago, we've had only a shower or two since with the miserable grand total of 4.2mm (0.2 ins).

The monsoonal low that brought us heavy rain back at the end of January, was ex-cyclone Oswald.  It travelled all the way down the eastern coast bringing torrential rain and catastrophic flooding to many of the towns and our capital city along the way.  Up here in my corner of the north however, the conditions turned very very still, disgustingly hot and humid, and  pretty dry once old Oswald had moved on. 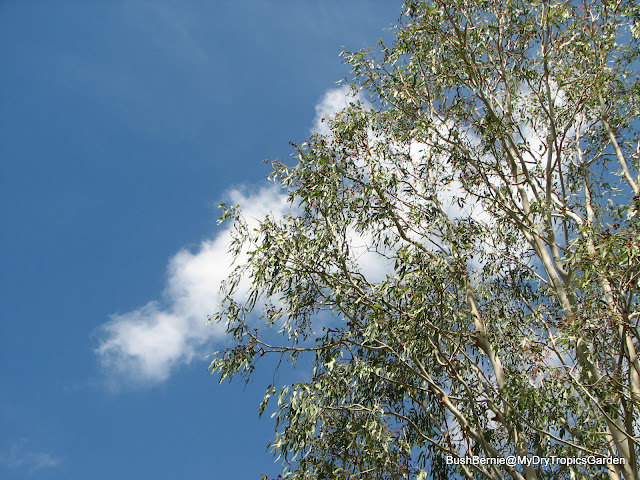 The skies turned a brilliant shade of blue once again, and there have been lots of fluffy white clouds floating by.  This past week has felt a little bit cooler though, after the atrocious temperatures experienced the week before.  The mercury has now dropped back around the 30-31 deg C mark, but along with this slight drop in temperature, there has been a drop in humidity levels, and this has made the conditions far more comfortable. 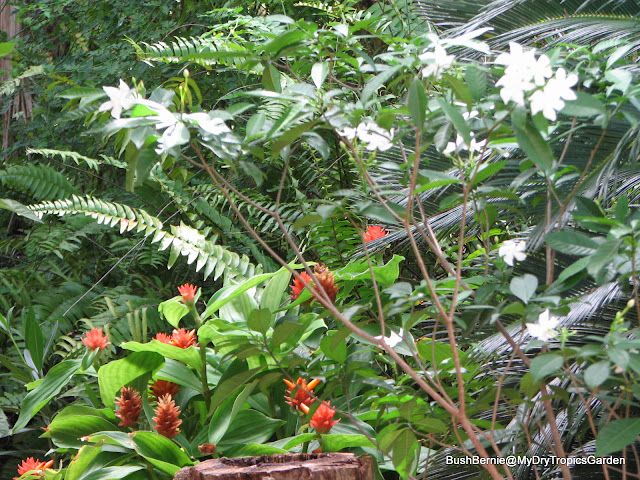 At this time of year I don't do much in the garden.   Of course, there is the necessary task of hand-watering all my potted plants and hanging baskets, but the plants growing elsewhere in the outdoor garden beds have to rough it pretty much on their own.  I might turn on the watering system in the front-of-house garden beds once a week (if I remember to do so when I come home from work), but the other garden beds are watered by sprinklers only every three to four weeks.  Everything really needs another damned good drenching. 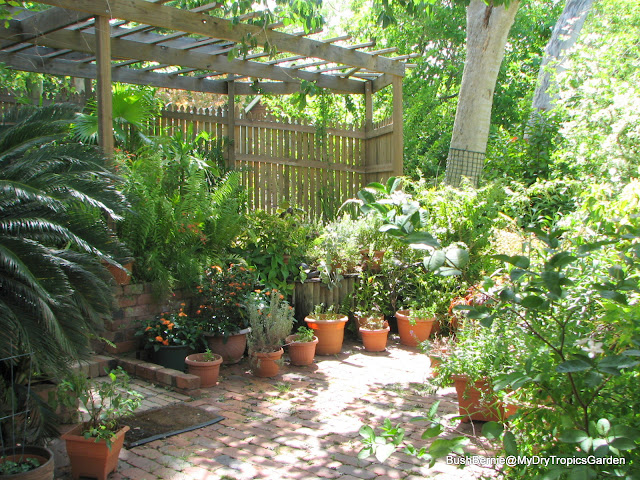 This weekend I did manage to get a couple of other jobs finished though, primarily because it's been a slightly cooler time and there's been a lovely breeze around the foothills here.  So firstly, I had a pleasant time hacking into many of the container plants out in the courtyard and giving them a rather severe trim back.  Consequently, the courtyard is not at its best. 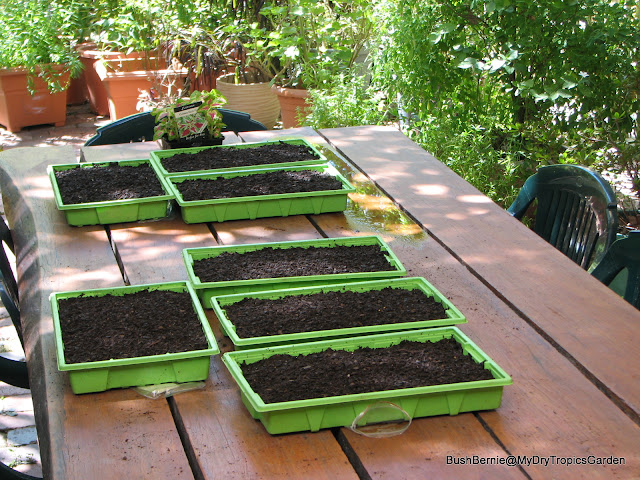 Then I planted up various seeds that I had received from some generous nearby gardeners.  I have sown Zephyranthes citrina and primulina, Habranthus robustus, mixed Adenium and Agapanthus seeds.  I have to admit that I'm not a gardener who's had much experience growing anything other than annuals from seed, so fingers crossed I get good results. 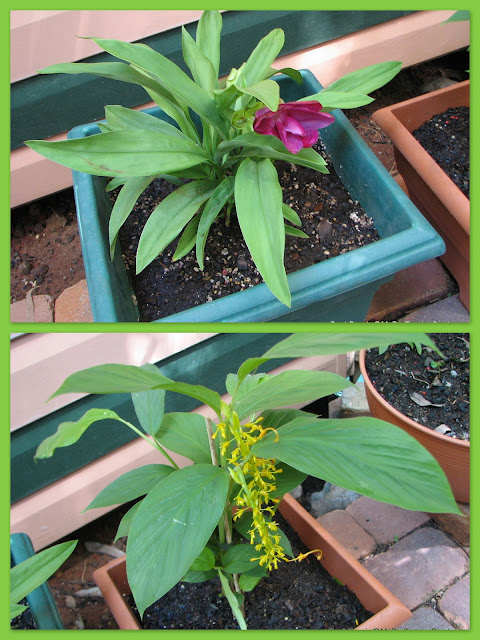 Finally I potted up my two new purchases, a Curcuma alismatifolia (top) and a Globba capicola (bottom), and a couple of punnets of Cosmos seedlings that I just couldn't resist when I visited the local nursery during the week. 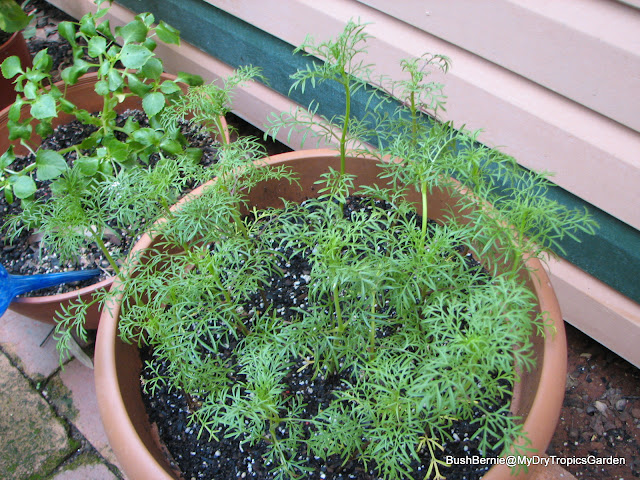 It's been a while since I've planted anything, so it was a great feeling to get my hands dirty.  Actually it was just wonderful to get outside and not be sitting indoors in the air-conditioning. 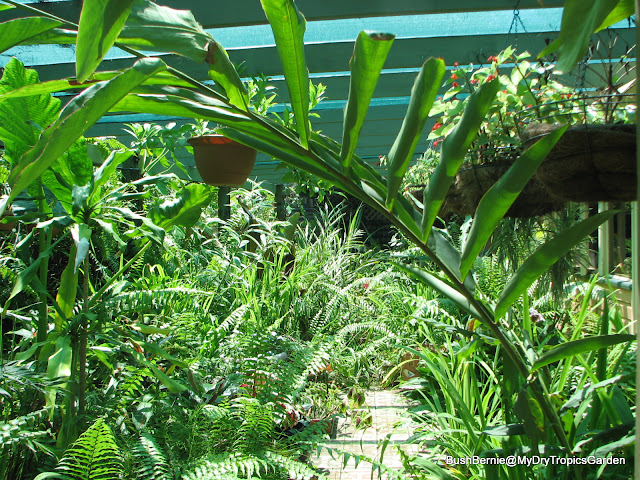 Now as you can see, there's one big job that really needs doing, and soon.  I need to get into the shadehouse and do a big clean-up. It's like an overgrown jungle in there.  Everything took off after the couple of downpours we had at the end of last month.  Now the jungle needs taming.  I'm hoping that the daytime temps next weekend will match those we experienced this past weekend, and I'll be able to get out there with my gardening shears, thin out the ferns and Walking Irises, and be able to see what else is growing out there. 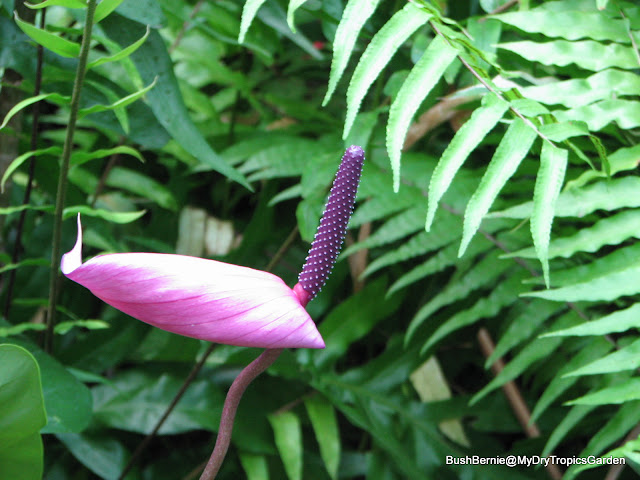