This is one of my all-time favourite summer flowering trees.  It adds such a splash of vivid yellow to the garden during the hottest time of the year with its magnificent display of large pendulous racemes of scented flowers in summer.  It is a graceful and spectacular looking tree that I've found to be very drought and heat hardy. 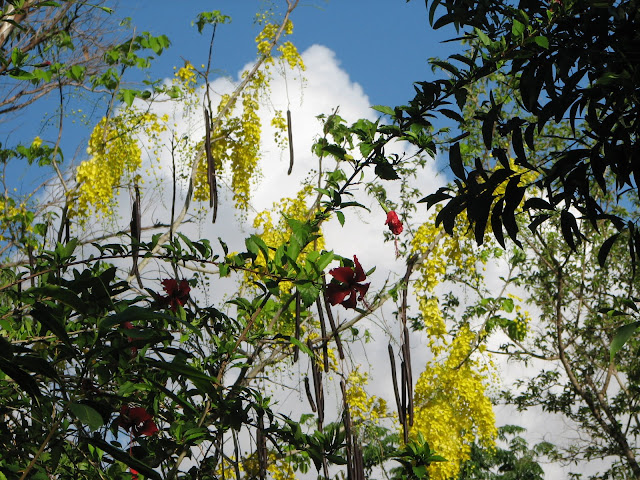 It's a semi-deciduous tree up to 8m tall and of similar width.  My Cassia fistula is so tall that it can now be seen behind all the planting in the raised back bed of the courtyard garden.  In this photo you can see the yellow flowers in the background high above the hibiscus blooms. 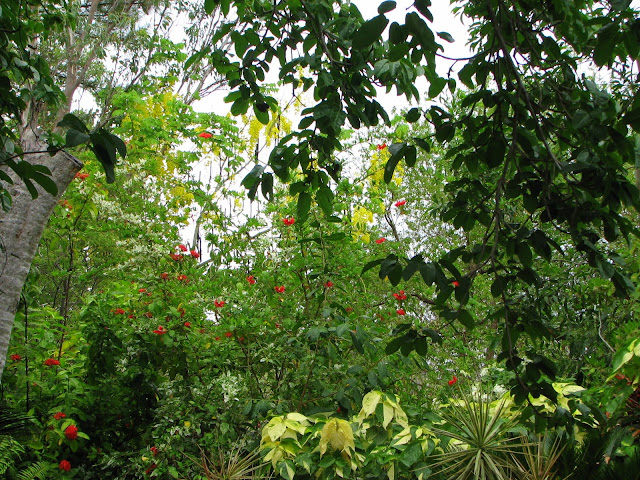 The Cassia fistula has large deep green leaves up to 450mm long and stunning sprays of golden wisteria like blooms. 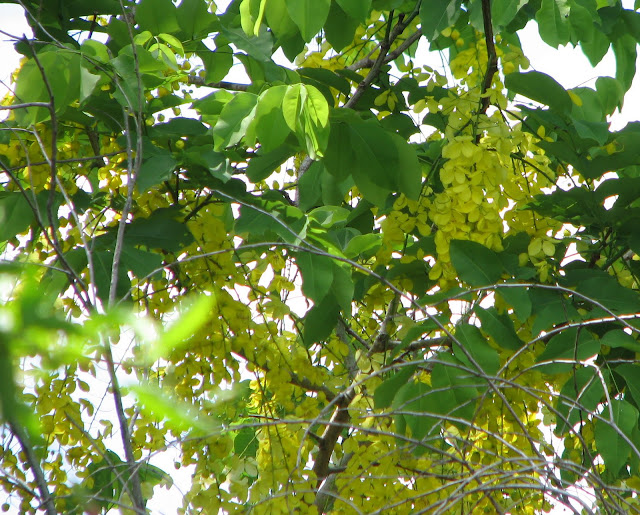 The sweetly perfumed flowers are pea-shaped and arranged in large pendulous sprays. 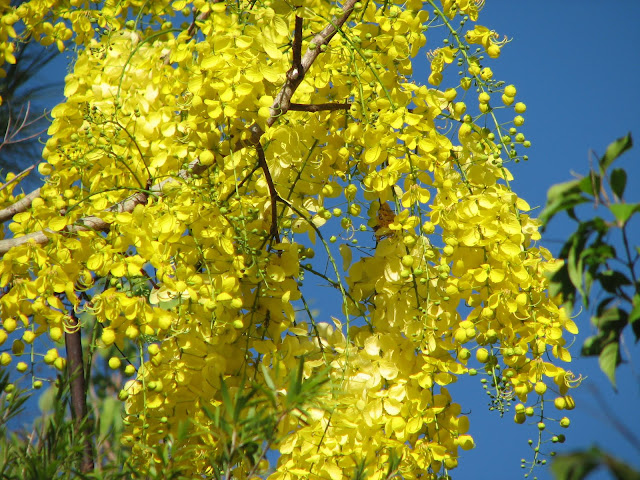 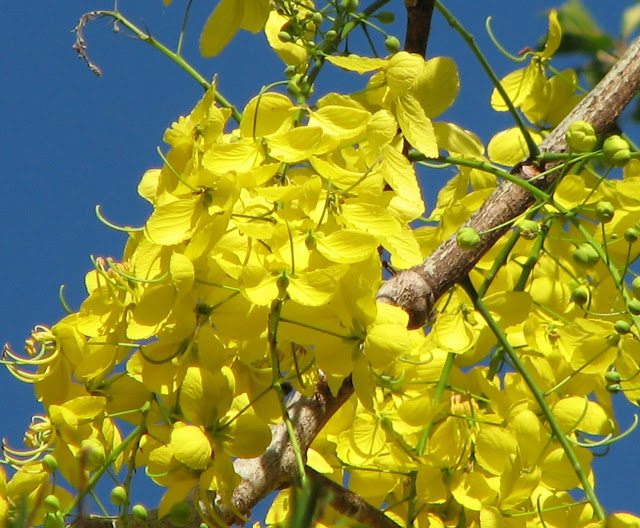 Flowers develop into brown seed pods which often exceed 30 cm long. The seeds are arranged horizontally in the pod, which when broken open give off a strong smell. Some old pods can be found hanging on the tree at most times of the year. 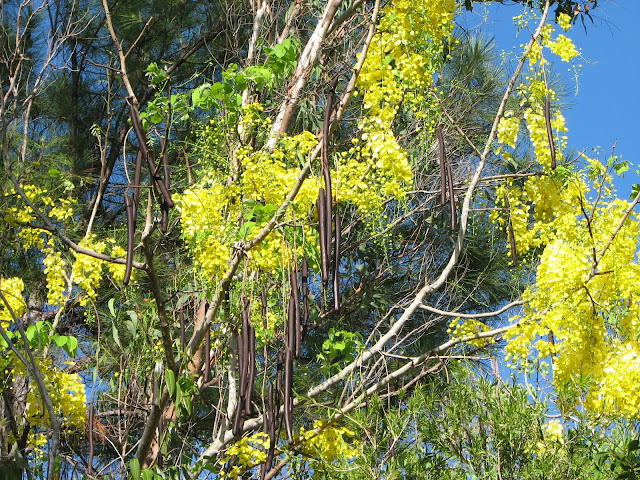 Cassia fistula has been classed as a weed in many states here in Australia ... as it has become naturalised in some areas, spreading into the bushland.  It can be seen in the bushland close to the houses in my rural suburb.  Seems a shame to call such a striking tree ... a weed! 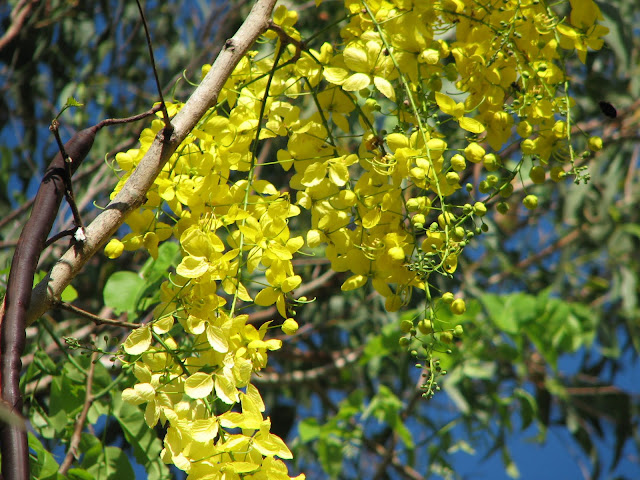