Here in my part of the world we don't experience four significant seasonal changes.  Whilst I do refer to seasons like summer, winter, autumn, spring; in reality we really only have the short 'wet' season and the long, long 'dry'.

There is another part of our weather cycle, another season that I refer to from time to time.  It's 'cyclone season'.  That is a time in our yearly weather cycle that can have devastating results on the environment and the people living here. 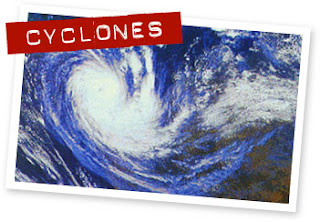 A typical Australian cyclone season begins in November (which is the last month of our Spring), and ends in April (our mid-Autumn month), with most of the cyclonic activity happening during our summer.  We average around 11 cyclones per cyclone season across northern Australia, with maybe half of those making landfall and crossing our coastline.

At the moment are now three-quarters of the way through the cyclone season of 2012-2013, and I guess on the worst scenario scale, we've managed to experience a fairly mild cyclone season so far, although it's all relative when it comes to severe weather events.   What one person experiences can be oh-so-different to another's experiences. 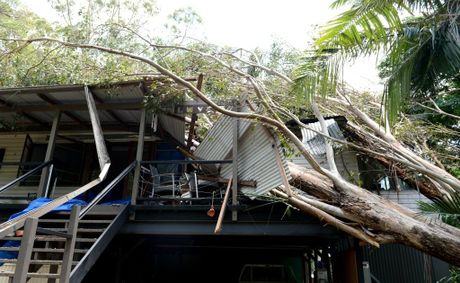 Cyclones tend to affect the northern, north-eastern, north-western and western regions around the coastlines.  So far this cyclone season there have officially been 5 cyclones, the first appearing on the radar on Boxing Day, December 26th, 2012. 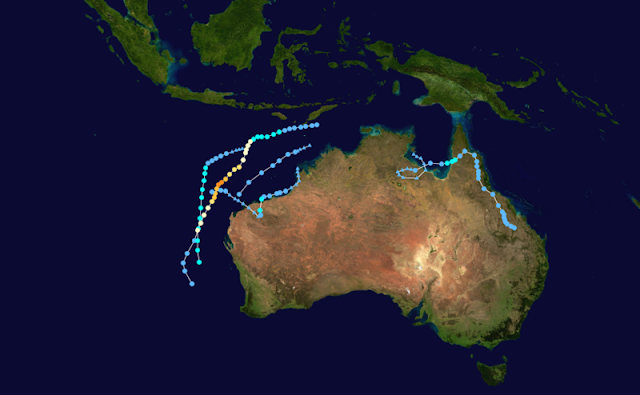 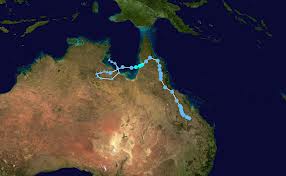 The actual cyclonic storm only lasted for twelve hours up there, and was quickly downgraded to a monsoonal low soon after it crossed the west Cape York coast.  But Oswald didn't make a polite exit, as a gentleman should.  He made a little turn as he hit the Coral Sea coast, and the remnants of the cyclone continued all the way down the eastern coast, maintaining intensity, until he ran out of puff around about Sydney, and then moved out to sea. 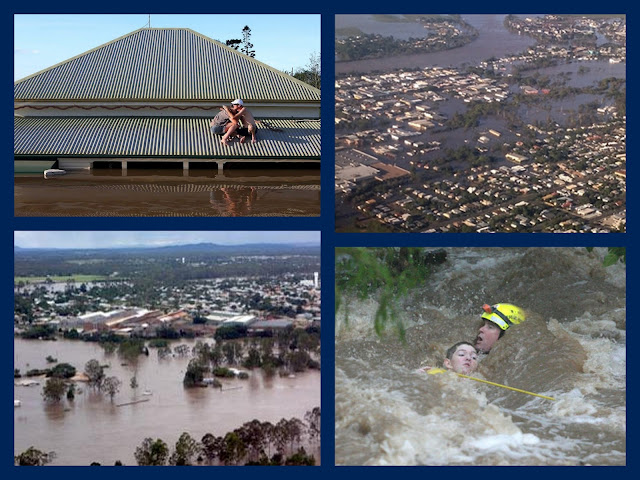 As an ex-cyclone, Oswald caused severe storms, tornadoes and bought incredible amounts of torrential rain down the coast.  The impact has included the loss of 6 lives, evacuation of thousands of people, widespread devastating flooding and destruction of homes, roads and bridges.  We were very lucky up here in the north.  We only received a couple of days of heavy torrential downpours, which we rather appreciated after our long dry season.

Many people further south must have had feelings of deja-vu.  They had been through catastrophic flooding just two years ago, so I can imagine how traumatic it must have been to go through this again after many had just recovered from the last experience.  The only positive I guess this time around, was that the extent of the flooding was not as bad.

Now while we northerners have not experienced a severe flooding event so far this year to compare with our poor southern neighbours, yesterday was a significant day for us as we remembered a cyclone season we never ever want to see again. 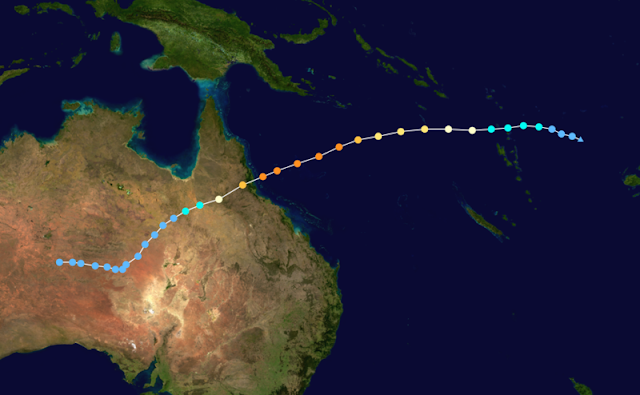 Yesterday was the second anniversary of Severe Tropical Cyclone Yasi, and as little articles started popping up in the news and in online communities, the memories came flooding back.  Yasi made a long journey across the Pacific Ocean directly to our part of the Queensland coastline, and then continued travelling a long way inland.  It achieved notoriety as "the worst cyclone in Queensland's history".

Regular readers of my blog know the devastation that Yasi caused here in my corner of north Queensland, as well as the effect it had here at my place.  It was a frightening, devastating experience.  One that I don't ever want to have to go through again in my lifetime.

You can see a tab at the top of this blog - 'The Sad and Sorry Story of Cyclone Yasi' - if you're interested in revisiting my experiences of that infamous weather event; and here's a link to a Wikipedia page all about
Cyclone Yasi

So while I was re-living bad times yesterday, I was also looking forward.  There are still a few more months left before this current cyclone season officially ends, which means year's cyclone season story is not over just yet.  Fingers crossed.  Here's hoping we've seen the worst of it for 2013.

For anyone who wants to know the basic facts about cyclones ... how and where they form, how they're catgorised and named ... you might like to visit:

Get the Facts on Cyclones 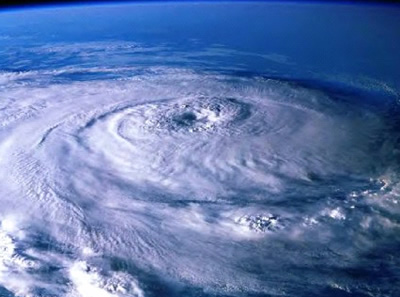 The 'eye' of a cyclone, as seen from space.

One very interesting fact that I thought I'd add.  The name 'Yasi' has been taken off the list of cyclone names and replaced with 'Yvette'.  There will never be another cyclone named Yasi.